Childhood/ How you were were raised?

Jeff has an incredible passion for knowing God and living out of relationship with God. Growing up, Jeff knew about God, but never really knew what a real relationship with God could look like. He grew up in the great state of Georgia and was raised in a Baptist church where he began to learn foundational principles for faith in Christ. Jeff attended a public school and was surrounded by a majority of either non Christians, or Christians that were not living for God. At the time, Jeff was not concerned with his relationship with God. He was focused on popularity and girls and having a good time. Church was just a box to be checked each and every week. The idea that someone could actually having a relationship with the living God was the furthest thing from his mind. He grew up in a Christian household, but actually actively living the word and doing the word on a daily basis was foreign and was nonexistent – as it is in most Christian households. It wasn’t until he graduated from high school and met a mentor in an unlikely kung-fu environment that his walk with Christ actually began to grow and his view of God began to change.

Jeff sought to have the type of deep, intellectually filled conversations that he would have with his mentor, Frank. He would go out on the campus of his college and just begin talking to people on a consistent basis when he wasn’t training with his mentor. He found that not only were people receptive to the things that he was talking about and the advice that he was giving, but they would respond to him with 5 words that he dreaded at the time, “You sound like a minister/preacher.” He didn’t like hearing these words because he knew that he wasn’t living the way that the Lord wanted him to live and that if he were to take that on, it would require that he actually start living the way that the bible said and he wasn’t ready for it. How could he be used to lead without a relationship with the Lord himself or by living in the world? He couldn’t, and it intimidated him. The Lord kept pursuing him through people and began to get more aggressive in his pursuit later with spiritual dreams. There was no place for Jeff to run, where could he run, anyway? 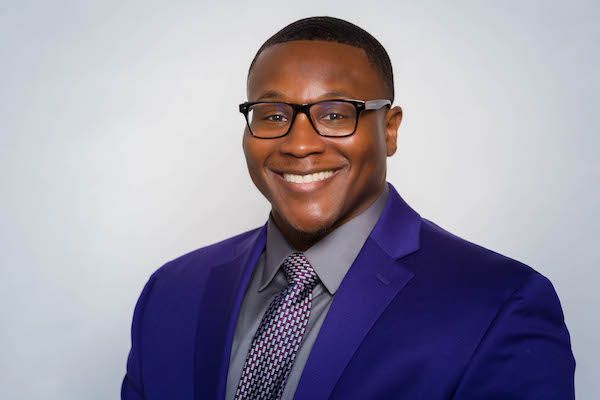 The key moment (the turning point) – Jeff had received a strong revelation of God.

After spending years trying to running from God – experiencing Him at his college, hearing Him talk through other people, and having spiritual dreams at night – Jeff finally gave in and accepted his calling after a strong confirmation/revelation that the Lord used that was only specific to Jeff. He spoke to Jeff through three different people, all saying things that were interesting enough for him to put it in his journal. After graduating from college and moving out to Oklahoma – where he resides now – the Lord brought those three journal entries up in the most unlikely way possible, using a prophetess to deliver a very specific message catered toward the journal entries that Jeff previously wrote down. He was mind blown at the great lengths that the Lord went through to get him in alignment with His word. After receiving the confirmation/revelation, he wrote it down in his journal and began to move forward. He finally accepted his calling to take on and live out the identity of being the minister that he was created to be after writing the experience in his journal. Jeff let go of distractions in his life at the time, which came in the form of a relationship that wasn’t going anywhere, and picked up the bible instead. This is where he began to learn about Christ, rather than just hearing Him preached.

Jeff began using a bible reading plan to get an introduction to the Lord and to see what the bible was all about. As he was coming to an end for the plan, finishing the bible in a year – his mentor and dear friend passed away. He no longer had anyone to ask questions to, no one to bounce Godly ideas off of, and most importantly, no one to teach him the practical steps of walking the word out. He made a promise to his mentor and to God before his mentor passed away, that he would run the race. After the passing he broke free of what people thought of him, whether he would fit in, and whether he would be accepted by certain circles and just preached and ministered the word wherever he went. As he began to passionately pray and walk – taking steps of faith as the bible instructs – the Lord opened up his eyes to the kingdom and began teaching him personally, as He does with us all. Jeff’s desire is for everyone to passionately seek the Lord in all that they do, takings steps of faith and watching the Lord work on their behalf.

Where We Are Now

Jeff has been led to start His ministry at this point in his life. The Lord told him that he is meant to lead those without the slightest bit of bit of hope. He now actively does prison ministry along with ministering to people wherever he goes. It is so important for him to influence believers in the aspect of motivating them to passionately pursue a deep functioning relationship with the almighty, all knowing, all powerful God – Jesus Christ. His testimonies have been used to excite believers and inspire them to the deeper things of God. His purpose in ministry is to be used to shape the body of Christ into actually doing the word, versus just being hearers of it. He has a heart for Mark 16:15, which states, “Go into all the world and preach the word to all creation.” When a believer begins to actually do the word, they begin to experience Christ and His power through it. Healing the sick, raising the dead, and casting out demons become a way of life for the believer – latching onto their divine purpose and identity out of their relationship and love for our Father. Jeff desires all of these things in the lives of believers.